Type to Search
10 Things you didn't Know
about Ancient Greeks

What to know about the Ancient Greeks?

You may know the basics, about Socrates, Pericles, theater and sciences. Your knowledge may go a step further and include myths of ancient gods and heroes. But, how many details do you know about the Ancient Greeks’ everyday life? Here is a list of interesting facts you probably didn't know about the great civilization of the past. 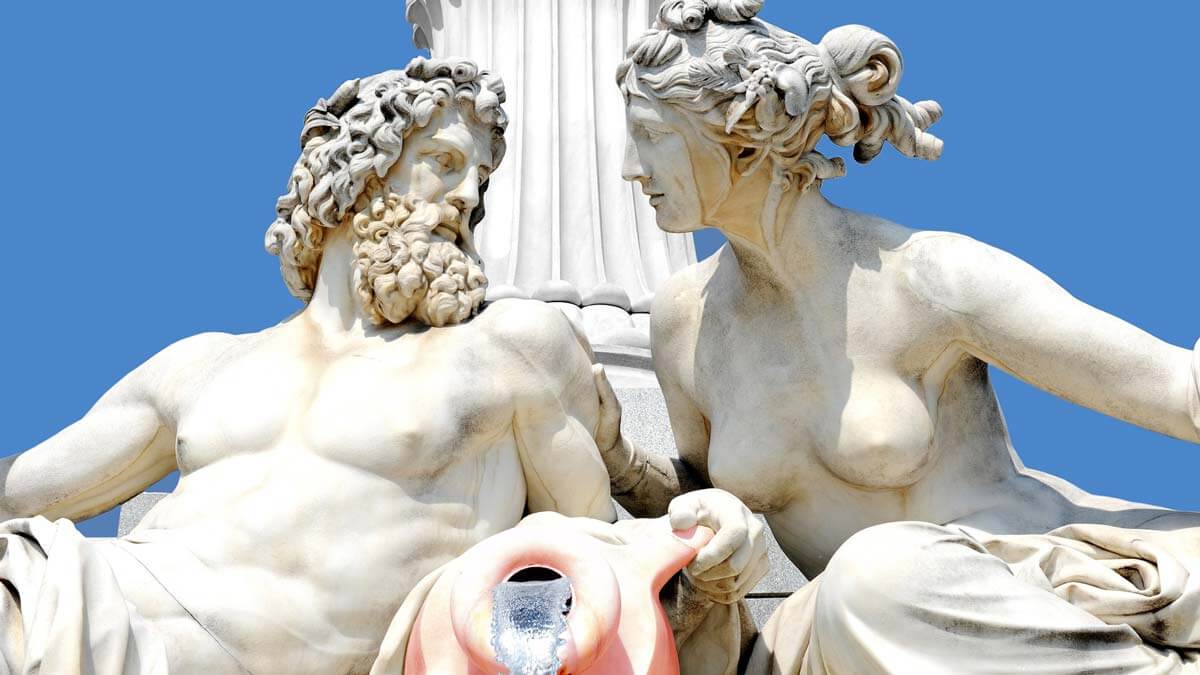 1. Ancient Greeks used to add water to their wine

Wine was at the core of Ancient Greek culture. There was even a god of wine in the Pantheon, god Dionysus. However, it was considered hubris for mortals to get drunk; a habit suited only to barbarians. It was believed that only god Dionysus could drink wine without water and not get drunk.

If the mortal men did not water their wine, there was a danger of them becoming violent and lose their mind (reminds you of those Saturday nights when you were younger, doesn't it?). So what did they do? They were adding water to their wine! This way, they could drink a lot of wine without getting drunk… or at least that was the idea. During winter, in order to save water, they would put snow in their cups. The usual ration would be half wine half water.

Hint! if you wish to drink wine produced with the Ancient Greek vinification technique, have a look at: Ancient Greek Symposium: the Experience 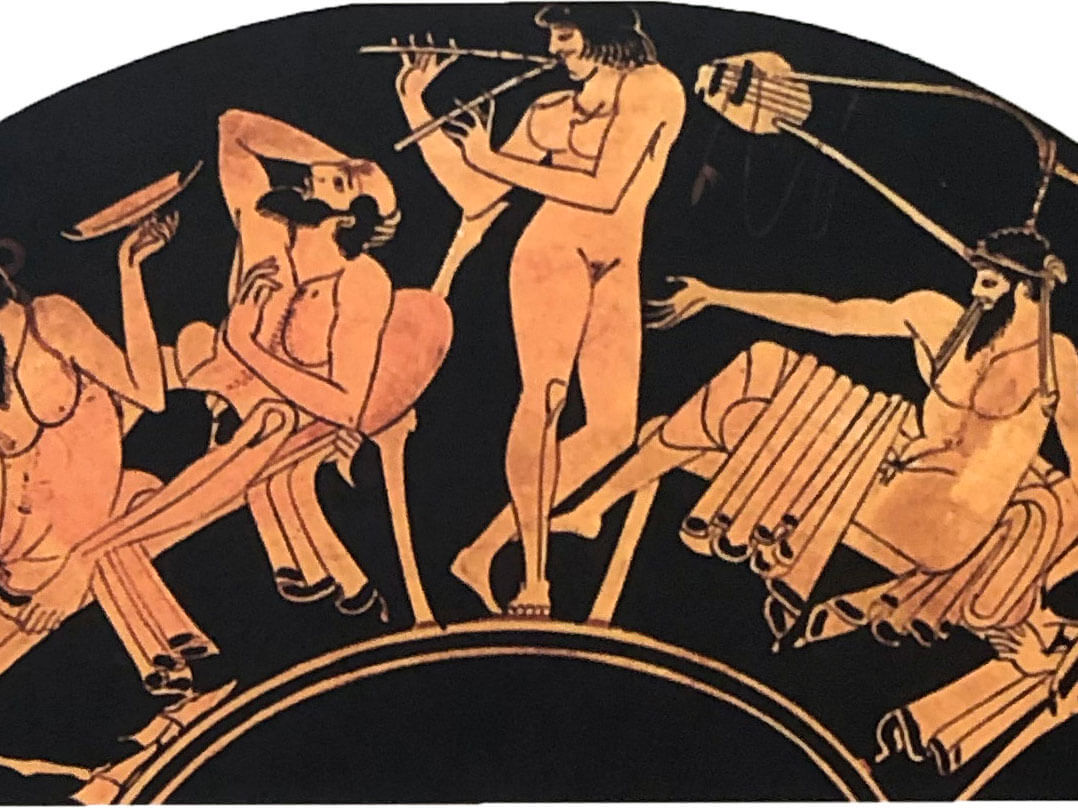 2. There was one mother for all ancient Greek monsters

Most of the famous monsters from Greek Mythology had the same mother! Echidna, mother of Monsters, was half-woman and half-snake. Echidna and her mate Typhon, a monstrous serpentine giant, tried to overthrow Zeus for the supremacy of the world. Zeus, with the aid of his thunderbolts, managed to defeat them and punished Typhon by burying him underneath Mount Etna. Echidna and her descendants lived to challenge many future Heroes.

Some of her descendants were: Cerberus, the three-headed dog of Hades, guardian of the Underworld; Lernaean Hydra, the serpentine water monster that was killed by Hercules; Chimera, the fire-breathing hybrid creature; the treacherous Sphinx that would kill anyone that would answer wrongly to her riddle; Scylla, the legendary monster that killed many of Odysseus’ crew during his adventures in Homer’s Odyssey. Those were the days! 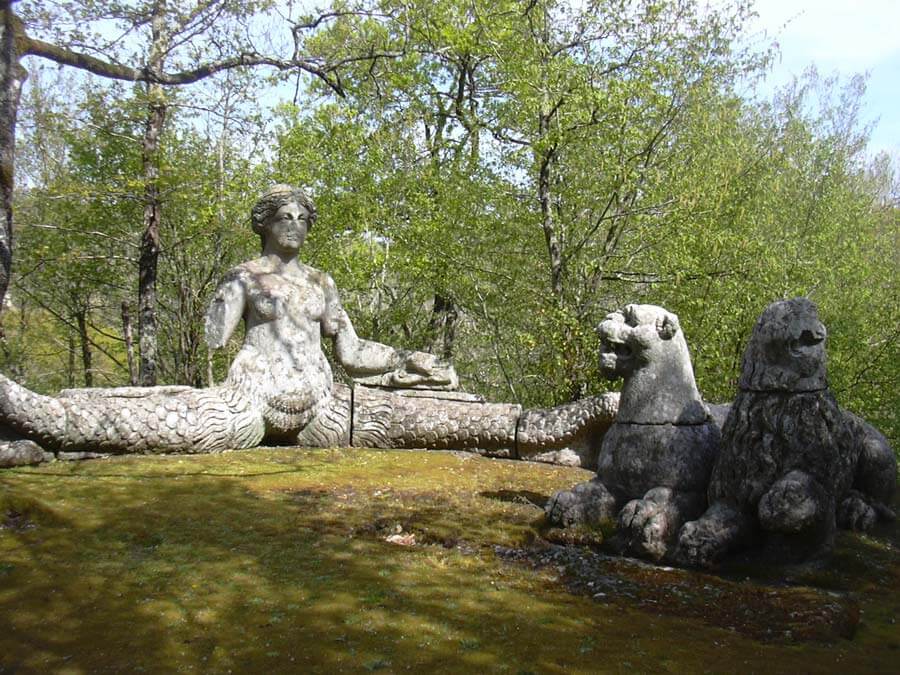 It may come as a surprise to many, but there was no toilet paper in classical Greece! The list of things people from different cultures of the world would use before the invention of toilet paper is really endless. It includes tree leaves, corn, coconut shells, sheep's wool and sails (for those who could afford it), sponges tied to rods or plain water. But, arguably, it is the Ancient Greeks who make the difference! For particular hygiene purposes, they used stones, pebbles or ceramic pieces. Useful information to remember if you ever camp in the woods or at a beach and you run out of paper… 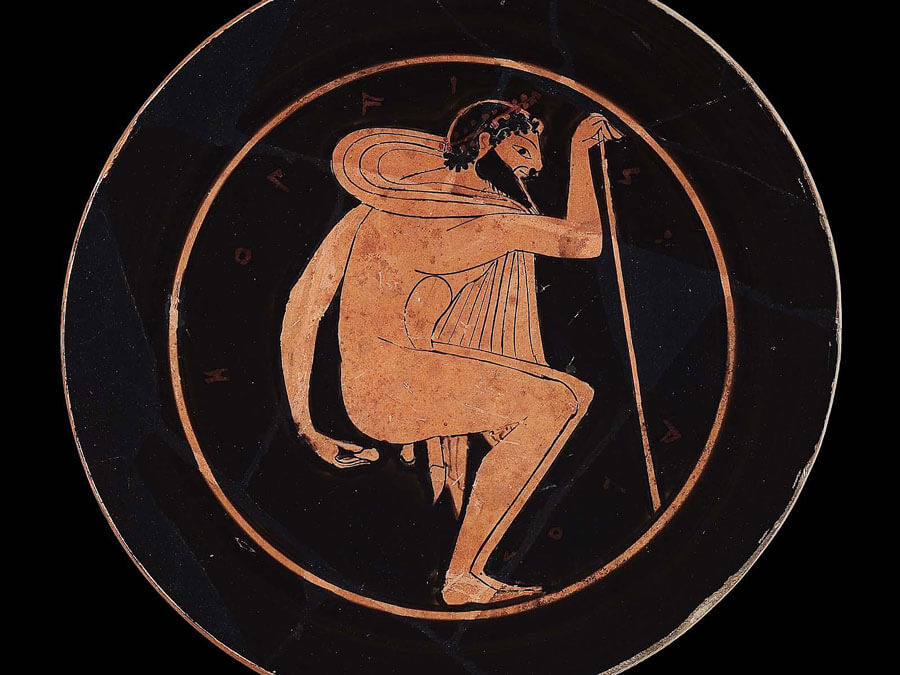 4. Ancient Greeks could have been partially colorblind

Homer, in his famous works Iliad and Odyssey, describes the Mediterranean Sea as "wine-dark" sea. Have you ever looked at the sea and thought that it was the color of claret? Homer, actually, names only a few color terms and uses the same colors to describe objects that look quite different. According to Mark Bradley, Associate Professor of Ancient History at the University of Nottingham, color operated in a very different way in antiquity from what we are used to today.

According to him, the Greeks viewed color as essentially the visible outermost shell of an object. So the fire wouldn’t be red, it was fire-colored. The dirt would be dirt-colored. The sky would be sky-colored, the skin would be skin-colored. “They wouldn't talk in terms of the abstract colors that we are used to today.” 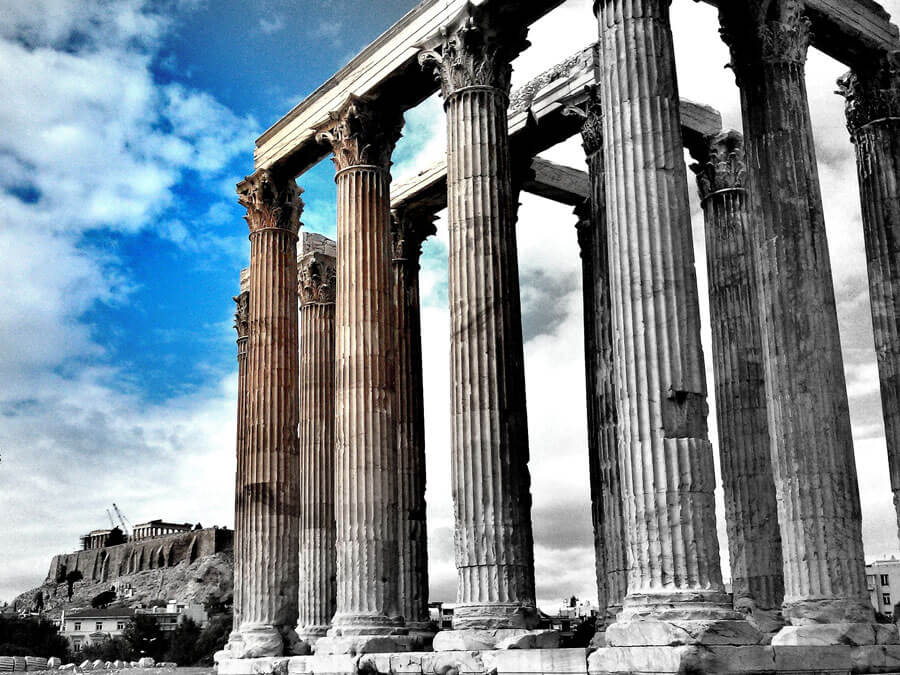 Ancient Greeks had two different conceptions of time, using two different words: chronos and kairos. The former refers to time as we know and measure it today, the chronological time. The latter signifies a proper or opportune time for action. In other words, the right time to do something. In contrast to chronos, which is quantitative, kairos has a qualitative nature. Ancient Pythagoreans thought kairos to be one of the most fundamental laws of the universe. In Aristotle’s scheme of rhetoric, kairos plays a very important role. For him, kairos is the time and space context in which the proof will be delivered. 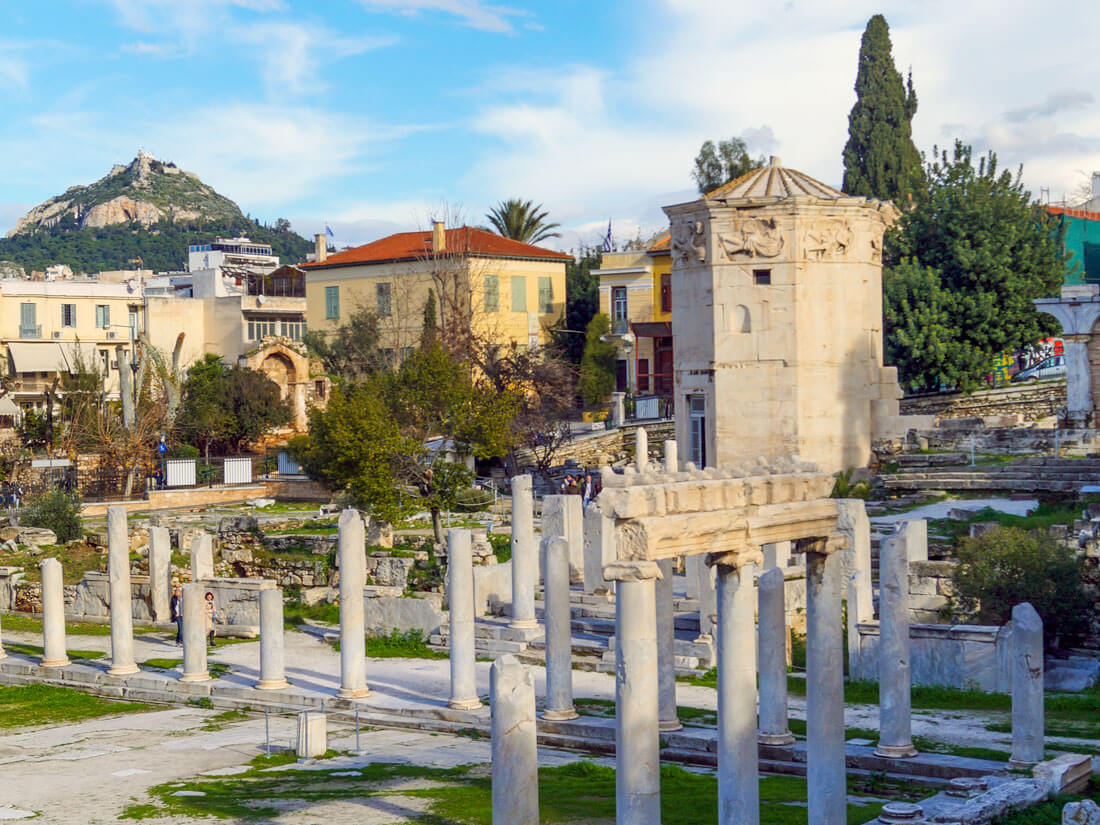 6. Ancient Greek men used their hair to declare their status-quo

Beard was a symbol of prestige for a man. Their grooming was of the utmost importance but also a subject of competition between men, which made the good hairdressers very sought after. Ancient Greeks, in fact, considered the beard a symbol of manhood and wisdom. The Spartans punished the cowards by shaving part of their beards.

The hair was considered by them to be the most valuable part that the human body could produce; they believed that the hair gave power to the dead for their journey to the Underworld. On the other hand, losing hair for Ancient Greeks was not a negative thing. On the contrary, it was an indication of their wisdom. This is the reason most statues depicting philosophers are bald.

Fun fact! When you visit Greece you will surely notice that the vast majority of modern Greek men have a beard, a habit that still survives, thousands of years later. 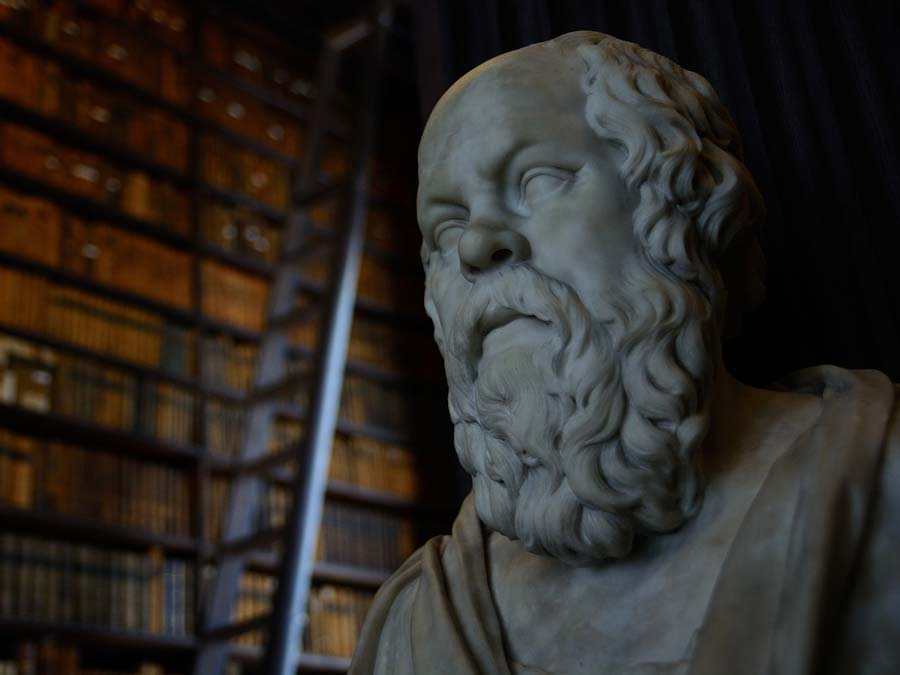 7. Ancient Greek women were adorning themselves much like today

Women in Ancient Greece paid a lot of attention to their appearance. They dyed their hair blonde and added curls using a hot iron. They plucked their eyebrows with tweezers, painted their faces white with lead carbonate and accentuated their features – particularly the eyes – using mineral and plant dyes. Bronze mirrors, combs made of ivory, small bottles of perfume (alabastra) and boxes for jewelry and cosmetics (pyxides) completed the range of women’s accessories. “Waxing” was also a regular thing for them. They used razors made from flints, tweezers, creams and stones.

Ancient Greeks were very wise, but they were also very superstitious. Superstitions played a big part in their everyday life. Some days of each month were considered ominous, so they would avoid important tasks such as sowing or marriage. They would also take measures before doing certain tasks, so that they would not anger the gods. For example, praying first before crossing a river.

However, there is one superstition that survived to this day in Greece! The so-called ‘evil eye’. It is still believed by Greeks that someone can cast the evil eye to someone else out of envy (good or bad) and jealousy. The symptoms of having the evil eye is dizziness, strong headache and yawning. The good news is that the ‘spell’ can be broken by someone that knows how to perform the special counter ritual.

Fun fact! The evil eye is a superstition that still survives in Greece today. Most cars will have an amulet of an 'eye' hanging from the rear mirror, to protect those inside the car. Many Greeks wear a bracelet with an 'eye'. 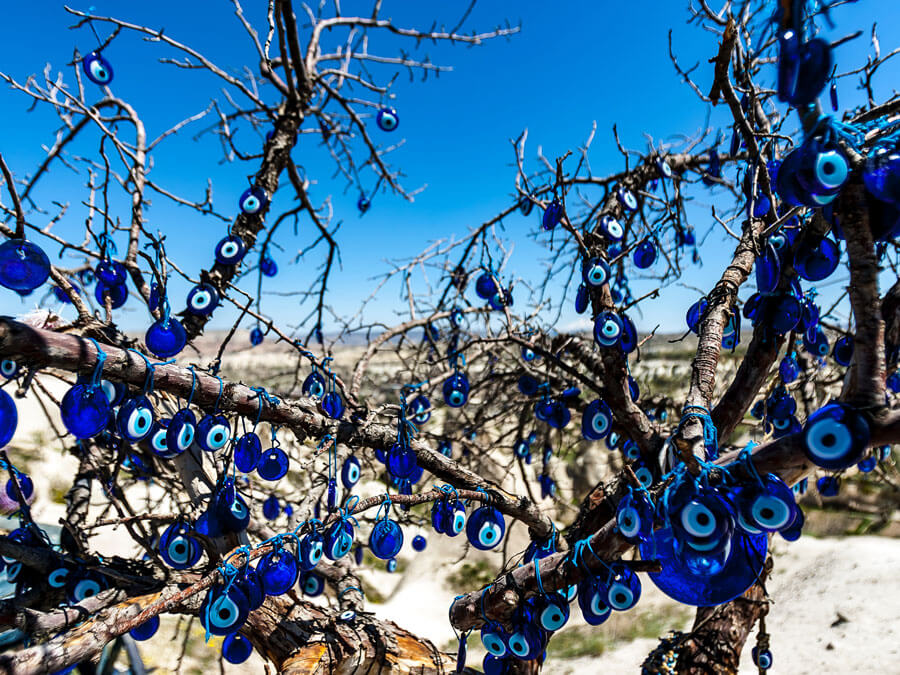 Honey and pepper was the ultimate ancient Viagra! In antiquity there was a number of preparations designed to improve men's sexual performance. Some of them enabled them to have permanent stimulation. Honey in combination with pepper was one of the most common and effective formulations. The man would put the mixture on his penis and rub it with it. Better than Viagra? Definitely cheaper! 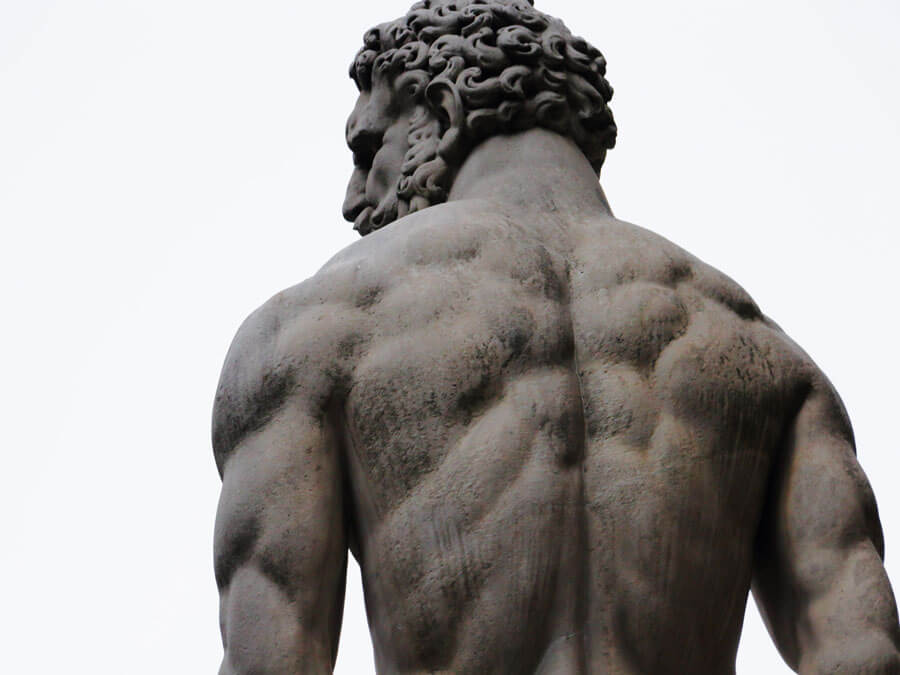 Pregnancy tests are not a devising of modern times. Ancient Greeks had a rather unusual method for detecting if a woman was pregnant. They would insert a clove of garlic inside the woman’s vagina overnight. If she was not pregnant, her breath would smell of onions next morning. The idea behind this test was that, if there was no child, the woman’s tomb would be ‘unobstructed’ and the smell would travel up to her mouth.

However, our guess is that this test must have not been very reliable… Another test, nevertheless, comes from the great physician Hippocrates who believed that the administration of honey with water could have reliable results. The woman would drink a glass of water with diluted honey before bedtime and the test would be positive if she experienced bloating and cramps during the night.

Did you enjoy the above facts about the Ancient Greeks? Then you may also like: 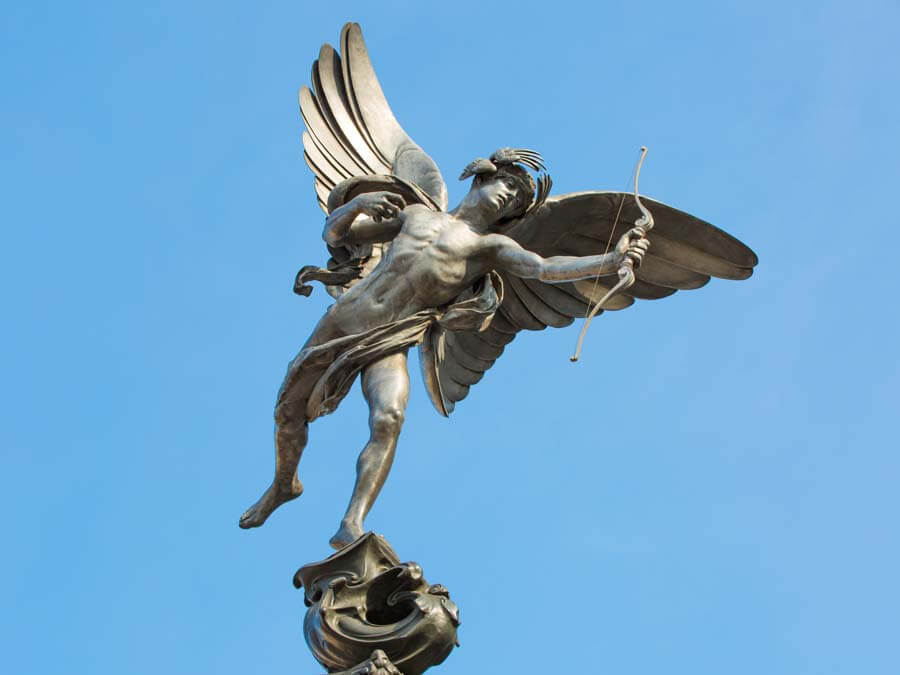 One Day in Hydra: Best Things to Do (Insider Guide)
Travel to Greece from USA: All the Direct Flights to Start Off 2022
Kallos: The Ancient Greek Ideal for Beauty
Sparta: Things to do and see in the Greek city
A Sightseeing Itinerary for your Holiday to Mykonos
Things to Do in Athens: The ‘must-see’ and the local vibes
Customs in Ancient Greece Associated with September
How Athens got its name: The name-giving myth
Eat Like a Local in Athens: 5 Rules to Follow
The Hills of Athens and the Myths Connected to them
Greek Mythology Monsters: Full list and description
Castles of Peloponnese: Discover Medieval Greece
Greek Mythology Books you need to read (for adults & kids)
Best Places to Eat in Athens - Food Guide (by Locals)
Merry Belly! Authentic Greek Christmas Meal (with recipes)
Hercules: The Life and Labors of the Greek Hero
One day in Athens: How to make the most of it
The Greek Gods: Full List and Background
Athens in October: Reasons to Visit Athens This Month
The Parthenon: 10 Surprising Facts about the Temple
Creating your Dream Vacation with Tailor-made Tours in Greece
Day Trips from Athens - Where the Locals Go
Caryatids: The Daughters of Athens
Monastiraki: Complete Guide and Things to Do
The Buried Rivers of Athens
300: Movie Vs. Reality
Athens Cultural Highlights Off The Beaten Path
Athens City Break For Foodies
6 Greek Myths to Know Before Visiting Athens
10 Landmarks and Monuments You Should Not Miss in Athens
Greece from Home: 10 Ideas for a Virtual Athens Tour
Books on Greek Food and Culture That We Love
The Apple of Discord and the Fairest of Them All
20 Most Famous Greek Mythology Movies
The Panhellenic Games of Ancient Greece
Basic Greek Words to Know Before Traveling to Greece
Interview With a Local: Ancient Greek Rituals and the Alternative Athens
The Delphic Idea
Meet the Olympian Gods
The Great Plague of Athens: Lessons from the Past
Best Walking Tours in Athens, Magical Walking Routes
Private Tours in Athens: The Benefits of Booking in Private
Acropolis Tour: Why a Guided Tour is Necessary
9 Things to Know About Eleusis The European Capital of Culture 2023
Battles of Ancient Greeks That Shaped Western Civilization
The Best Places to Enjoy Vegan Food in Athens
9+1 Unique Things to Do in Athens this Summer for Free
Interview With a Local: Athens Through the Prism of Art
The Role of Greek Mythology in the Creation of Athenian Wonders
Mysteries of Ancient Greece You Didn't Know About
10 Reasons Why You Should Join a Food Tour in Athens
Top 10 Alternative Destinations in Greece
The 10 Best Places to Visit in Greece
10 Sights to Tour in Athens and Bring Greek Mythology to Life
Top 10 Tips to Know Before Traveling to Athens
10 Things to Do in Delphi Home to the Oracle of Apollo
Symposia in Ancient Greece: Reviving the Ancient Custom
30 of the Most Famous Tales from Greek Mythology
Interview with a Local: Greek Neoclassicism and the Unseen Athens
48 Hours in Athens: Full Itinerary by Locals - Greek TravelTellers
10+1 Traditional Greek Foods and Drinks to Try when you Visit Greece
10+3 Things to Do in Athens on a Rainy Day
Alternative Things to Do in Athens: Getting Off the Beaten Path in the City of Wonders
Christmas in Athens: Top Things to Do and Know
December in Athens: 4 Reasons why you Should Choose this Month for your Greek Getaway
Interview with a Local: Greek Gastronomy and Athens for Foodies
10+1 Things to Do in Athens to Time Travel to Ancient Greece
How to Travel in Greece Differently: a Guide for Delving Deeper into the Greek Culture