Type to Search
Interview with a Local:
Greek Neoclassicism and the Unseen Athens

Greek Neoclassicism and the Unseen Athens

Insights about Athens from a local expert

Today we meet in Athens with Dr. Theodoros Koutsogiannis to talk about Neoclassicism and the far side of the city. Dr. Koutsogiannis is an Art Historian and Chief Curator of the Hellenic Parliament Art Collection, Athens. He has taught modern art history as visiting professor in Greece. Let's see what he has to say about Athens and its architectural and cultural wealth.

Tell us a little about yourself.

I live in Athens and currently work in the Greek Parliament as Chief Curator of its Art Collection. I studied archaeology and art history at the University of Athens, where I did postgraduate studies in the history of modern art. At the same time, I studied and conducted research at universities and institutions abroad. My focus area is the history of European art from the Renaissance to Neoclassicism. Athens and its architecture have been one of the main topics of interest for me in publications, conferences and exhibitions.

Why choosing Athens? What is your favorite thing about the city?

I first came to Athens in 1991 to study, but by choice, I live here now permanently. I chose to stay in Athens not because of its everyday life, but its history and cultural tradition. I like to walk around the historic center of the city and observe its ancient and modern monuments, recalling their history. Athens was the cultural capital of antiquity, but also a reference point for modern European culture, with an iconic position. It is this constant sense of historical time that excites me about Athens. That is why it is the city of my choice. 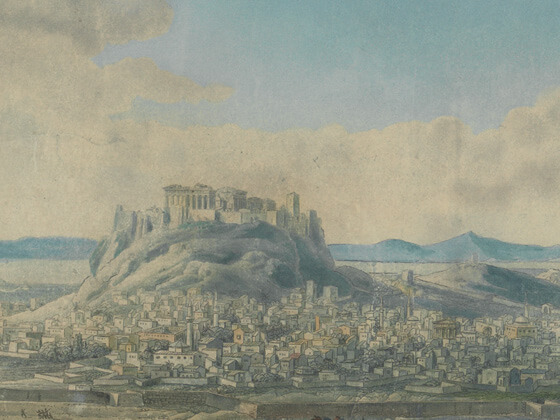 What drew you to the phenomenon of Neoclassicism?

Neoclassicism essentially means a conscious reference to ancient archetypes. From the mid-18th century onwards, especially in Architecture, there is a clear adoption of ancient standards. In this context, the ancient monuments of Athens have formed the model, shaping the so-called ‘Greek Revival’ style. This way, Athenian monuments are reproduced and scattered - faithfully or freely - in a series of important neoclassical buildings, mainly in England and Scotland, in German-speaking areas (e.g. Bavaria and Austria) and cities of the Eastern States of USA (e.g. Boston, Philadelphia, New York). So, Athens "travels" out of itself. This aspect of Neoclassicism, in relation always to Athens, is of particular interest to me.

Do you think Athens has a far side which people ignore?

What the Athenians and foreign visitors of the city are unaware of is the historical continuity of the city. Its present appearance is certainly visible and its antiquities are well known. But, what is not widely known - and is very interesting indeed - is the "fate" and “life” of the ancient monuments after antiquity, their subsequent recruitment, and the shaping of the city of Athens during the medieval and modern times. In other words, the uninterrupted history of Athens is far more interesting than the individual knowledge of its classic monuments. 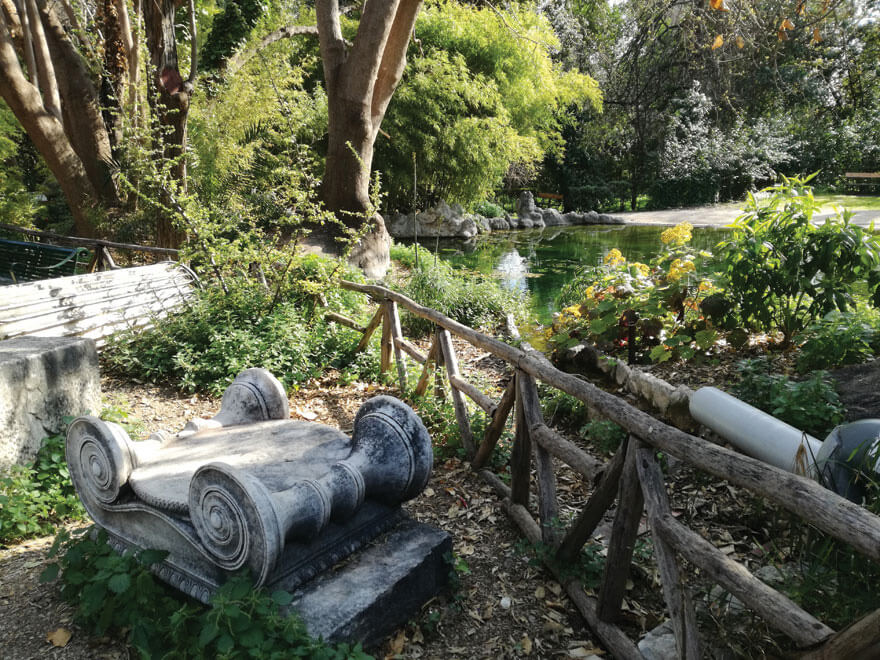 What is your favorite landmark in Athens?

I have quite a few favorite landmarks in the historic center of Athens. One of them is the National Gardens. A unique "breath" in the bustling urban fabric of the city - ideal for a relaxing break. In addition, it gives precisely this historical continuation of Athens - which I mentioned above - as it includes monuments from antiquity to modern times. The National Gardens is directly associated with the period after 1834 A.D., when Athens became once again the capital of Greece and a modern European city.

What is your favorite route to walk in Athens?

One of the most interesting routes is the one that starts from the area of Thiseio and via the Apostle Paul's sidewalk leads to the foothills of the Acropolis (on the pedestrian street of Dionysiou Areopagitou Street). Along this route, one can - always having unobstructed views of the Acropolis monuments - deviate from the straight path, and tour the neoclassical houses of the Thiseio area, the National Observatory of Athens and Pnyx, on top of Philopappos Hill, with the spectacular panoramic views of the city of Athens, as well as the sea of Piraeus. 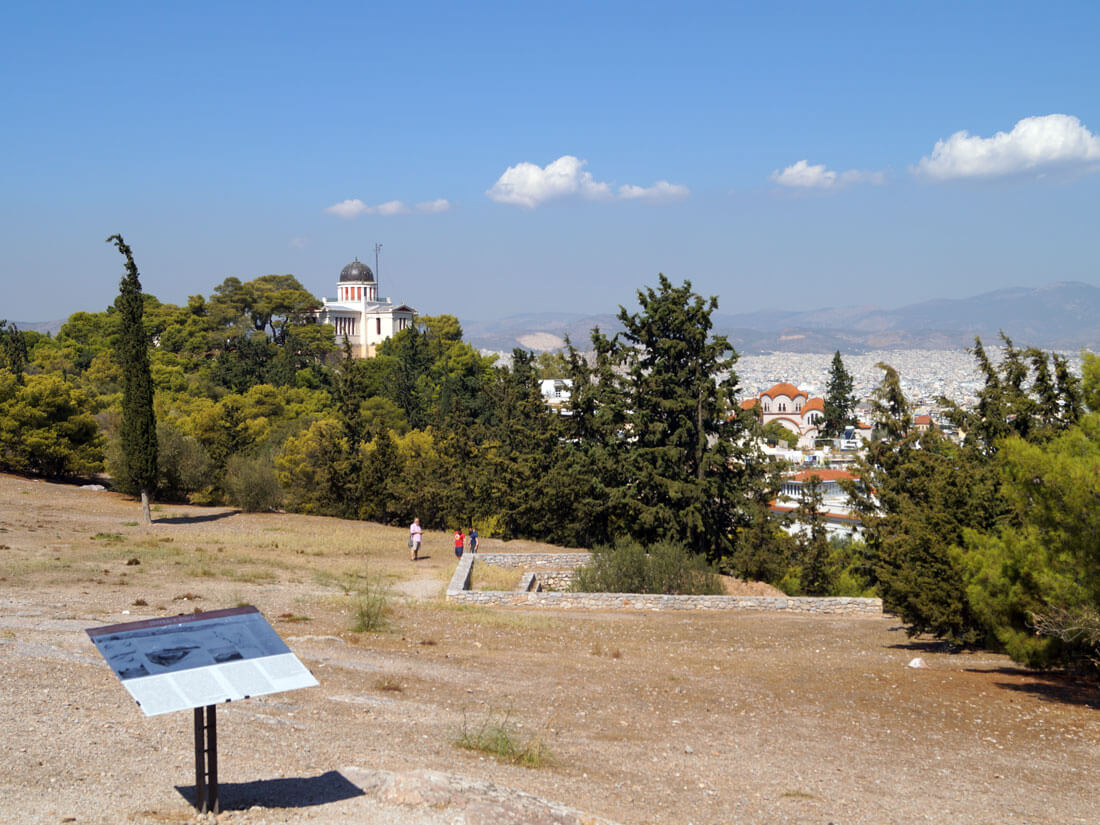 Is there one thing not many people know about Athens?

What most people may not know is that there are many more Athenses! I am referring to cities that consciously adopted the name of Athens (several of them in the United States of America), but also others that were designated "Athens", as they themselves wanted to approach Athens in the sense of a cultural metropolis. Florence of Medici, for example, is called the "new Athens" of the Renaissance, while the neoclassical cities of Munich and Edinburgh were named "Athens on the River Izar" and "Athens of the North" respectively.

What would you wish for the city’s future?

Athens has been a point of reference for Western culture over time. I hope my city truly becomes a cultural model for our modern multicultural world. Its history, art, cultural tradition can still inspire the values of anthropocentric culture, that people today - and always will - need. 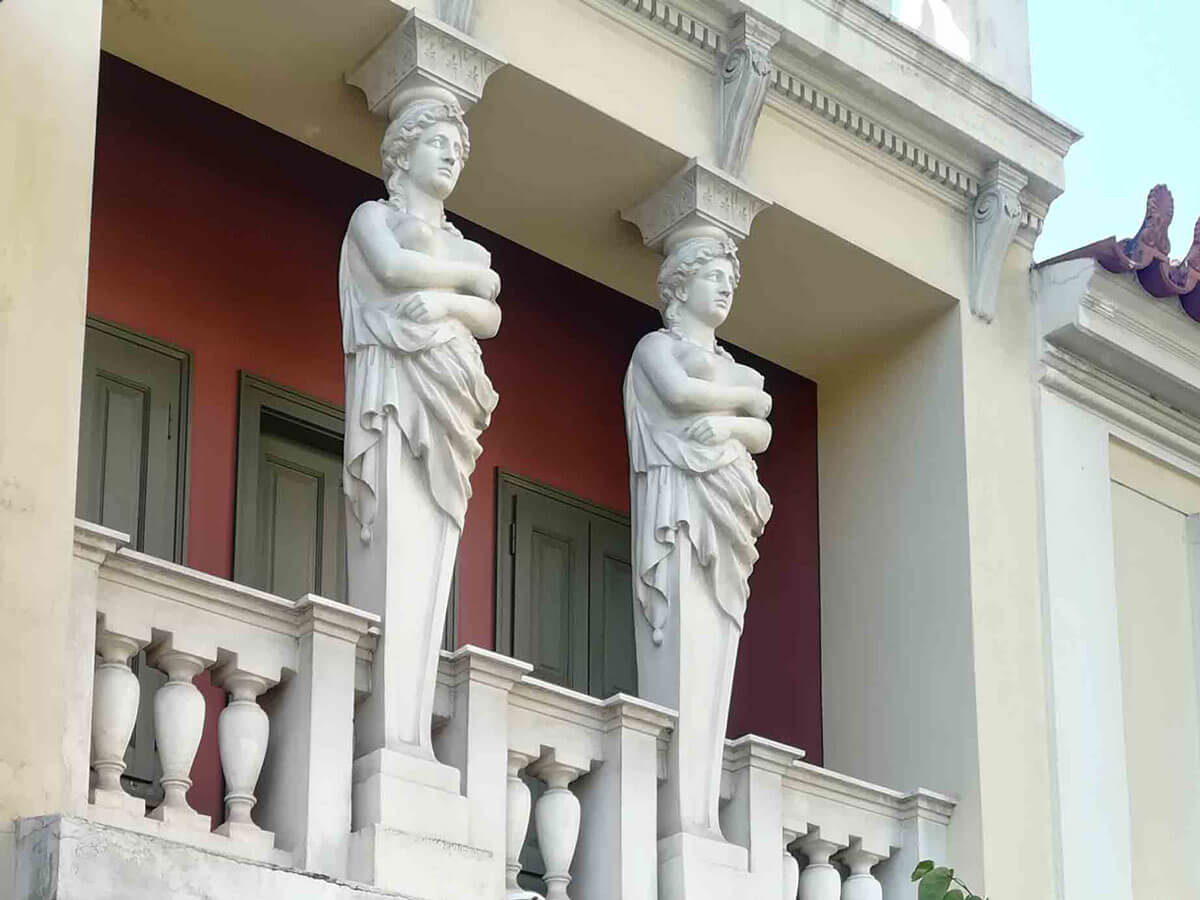 We would like to thank Dr. Koutsogiannis for his time and for giving us his insights into our beloved Athens. If you wish to learn more about Neoclassicism and Athens, contact us and we can arrange a private walking tour for you with a field expert.

Athens Street Art Guide and Which Neighborhoods to Visit
Women in ancient Greece: The role of women in the Classical Period
Best Time to Visit the Acropolis and Why
The Most Famous Greek Dances (video)
One Day in Hydra: Best Things to Do (Insider Guide)
Athens Airport to City Center: Transport Methods and Practical Info
Travel to Greece from USA: All the Direct Flights to Start Off 2022
Kallos: The Ancient Greek Ideal for Beauty
Sparta: Things to do and see in the Greek city
A Sightseeing Itinerary for your Holiday to Mykonos
Things to Do in Athens: The ‘must-see’ and the local vibes
Customs in Ancient Greece Associated with September
How Athens got its name: The name-giving myth
Eat Like a Local in Athens: 5 Rules to Follow
The Hills of Athens and the Myths Connected to them
Castles of Peloponnese: Discover Medieval Greece
Greek Mythology Books you need to read (for adults & kids)
Best Places to Eat in Athens - Food Guide (by Locals)
Merry Belly! Authentic Greek Christmas Meal (with recipes)
One day in Athens: How to make the most of it
The Greek Gods: Full List and Background
Athens in October: Reasons to Visit Athens This Month
The Parthenon: 10 Surprising Facts about the Temple
Creating your Dream Vacation with Tailor-made Tours in Greece
Day Trips from Athens - Where the Locals Go
Caryatids: The Daughters of Athens
Monastiraki: Complete Guide and Things to Do
The Buried Rivers of Athens
300: Movie Vs. Reality
Athens Cultural Highlights Off The Beaten Path
Athens City Break For Foodies
6 Greek Myths to Know Before Visiting Athens
10 Landmarks and Monuments You Should Not Miss in Athens
Greece from Home: 10 Ideas for a Virtual Athens Tour
Books on Greek Food and Culture That We Love
The Apple of Discord and the Fairest of Them All
20 Most Famous Greek Mythology Movies
The Panhellenic Games of Ancient Greece
Basic Greek Words to Know Before Traveling to Greece
Interview With a Local: Ancient Greek Rituals and the Alternative Athens
The Delphic Idea
The Great Plague of Athens: Lessons from the Past
Best Walking Tours in Athens, Magical Walking Routes
Private Tours in Athens: The Benefits of Booking in Private
Acropolis Tour: Why a Guided Tour is Necessary
9 Things to Know About Eleusis The European Capital of Culture 2023
Battles of Ancient Greeks That Shaped Western Civilization
The Best Places to Enjoy Vegan Food in Athens
9+1 Unique Things to Do in Athens this Summer for Free
Interview With a Local: Athens Through the Prism of Art
The Role of Greek Mythology in the Creation of Athenian Wonders
Mysteries of Ancient Greece You Didn't Know About
10 Reasons Why You Should Join a Food Tour in Athens
Athens for Instagrammers: The Top 30 Photo Locations in Athens
Top 10 Alternative Destinations in Greece
The 10 Best Places to Visit in Greece
10 Sights to Tour in Athens and Bring Greek Mythology to Life
Top 10 Tips to Know Before Traveling to Athens
10 Things to Do in Delphi Home to the Oracle of Apollo
Symposia in Ancient Greece: Reviving the Ancient Custom
30 of the Most Famous Tales from Greek Mythology
10 Things you didn't Know about Ancient Greeks
48 Hours in Athens: Full Itinerary by Locals - Greek TravelTellers
10+1 Traditional Greek Foods and Drinks to Try when you Visit Greece
10+3 Things to Do in Athens on a Rainy Day
Alternative Things to Do in Athens: Getting Off the Beaten Path in the City of Wonders
Christmas in Athens: Top Things to Do and Know
December in Athens: 4 Reasons why you Should Choose this Month for your Greek Getaway
Interview with a Local: Greek Gastronomy and Athens for Foodies
10+1 Things to Do in Athens to Time Travel to Ancient Greece
How to Travel in Greece Differently: a Guide for Delving Deeper into the Greek Culture