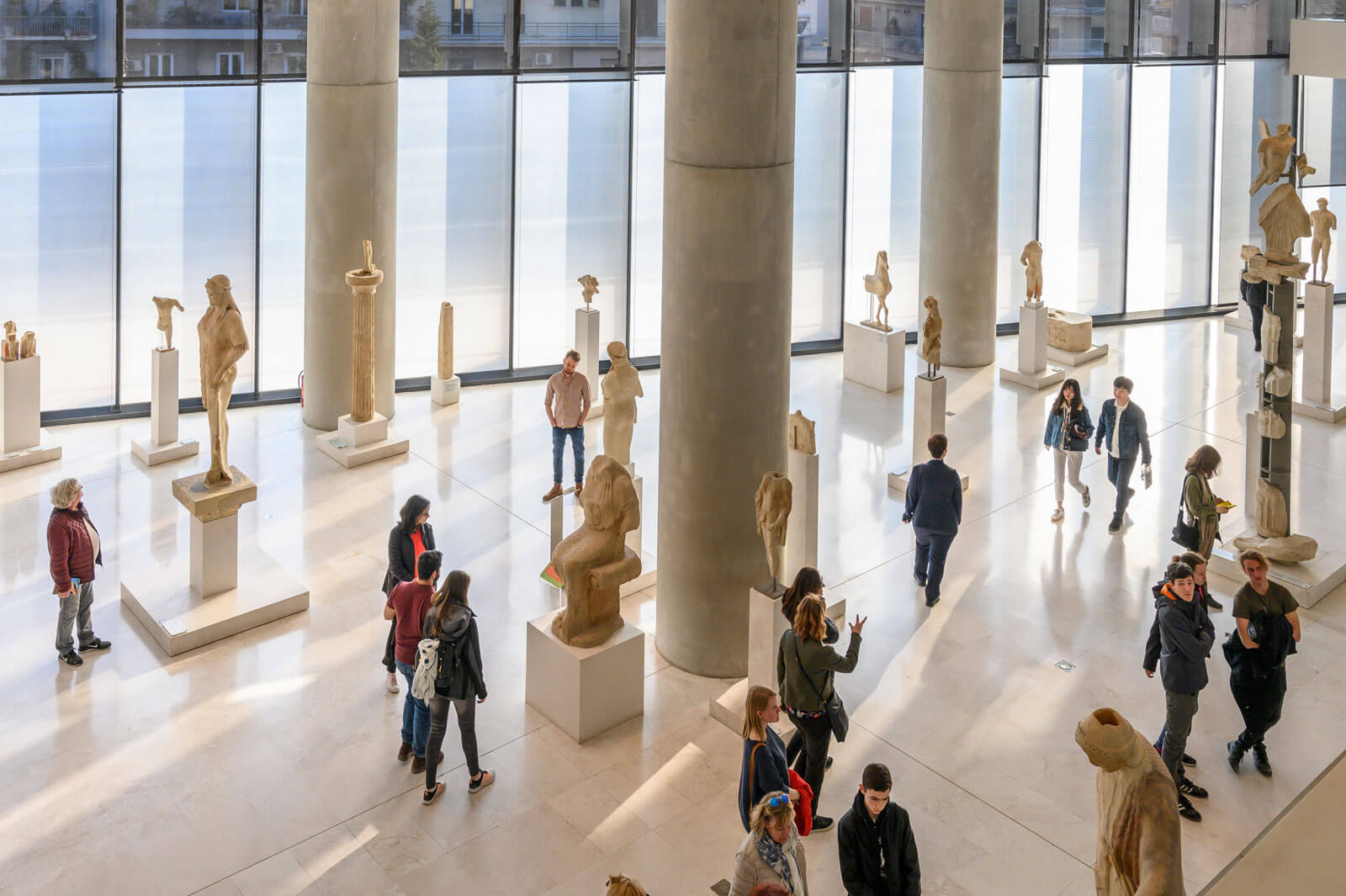 About us,
meet our team

Greek TravelTellers is a boutique tour operators office founded by local experts that help curious travelers immerse themselves into Greece's culture and its values through unique storytelling tours.

What sets us apart:

“Traveling - it leaves you speechless, then turns you into a storyteller.” My journey started in the small Greek island of Thassos. When I was a little boy, I dreamt of becoming a footballer, an astronaut, a millionaire, a Nobel Prize winner… Looking back, I see a young dreamer, restless and hopeful for the future! I started out by studying History & Archaeology in Aristotle University of Thessaloniki; then, moved on to study Law in Manchester and then graduated from Leiden University with an Advanced Masters in Air & Space Law. I found myself working and living abroad for many years. I travelled to many countries and cities, always trying to improve myself and get exposed to new experiences. I recently came to realise that my real motivation behind this constant change was to explore new places and cultures, meet new people and make new friends.

I now know that my true dream is to travel the world and genuinely get to know the places I visit, their history, their myths and legends, their values and customs... It is not enough for me to visit a destination for mere sightseeing. I want more; I want better and interactive experiences, I like to blend-in with the locals, to get to know the true story of a place and its people and not just listen to more dry facts and dates. And through that realisation, the conception of the Greek TravelTellers was born; an idea of a company, or more appropriately, a group of people sharing the same dream and the same values as myself. This is the story of the Greek TravelTellers and I hope you can join us on this journey through time and space. 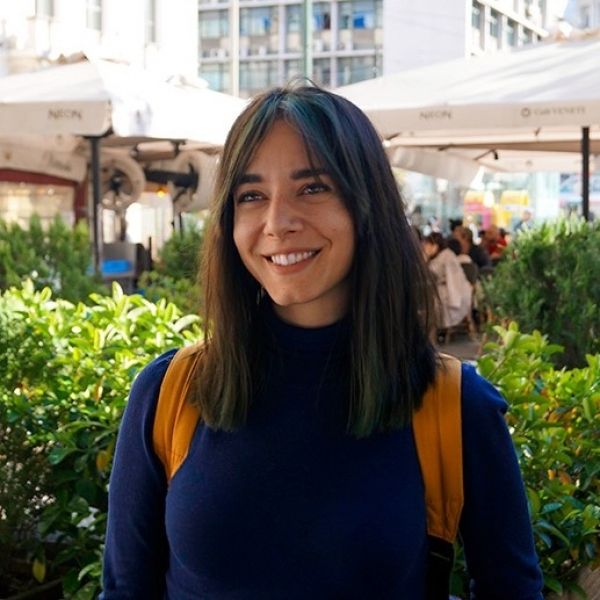 Constantina's genuine love of Athens and her inherent enthusiasm make her a natural fit for Greek TravelTellers. Having studied History and Archaeology in the Kapodistrian University of Athens with a Master in Arts and Culture from Leiden University of the Netherlands, Constantina has worked in many Art Institutes and participated in archaeological excavations. Throughout her 8-year career within the country and abroad, she gained experience working in multi-culture environments including Greece, The Netherlands and Germany and is eager to share her dreams and passion for culture with our team.

"Greek TravelTellers is the reason why i came back to Athens. They are the answer to a question I did not even know I have. Meeting new cultures and learning what life is about from people themselves is an integral part of my philosophy. I love working with this team because we have the same dream: to show and share our love of Athens and Greece in an experiential, passionate, out-of-the-ordinary way."

Since 2009, Dr. Thodoris Koutsogiannis is working as Chief Curator of the Hellenic Parliament Art Collection, Athens. He has taught modern art history as visiting professor in Greece (Athens University, 2009, 2011, 2018; University of Thessaly, Volos, 2010; Hellenic Open University, 2009-14), he has published various essays in collective volumes, and he has presented many papers in international conferences, as well as one monograph on Philhellenism in the arts (2017).

"Greek TravelTellers is not yet another company in the field of tourism; rather, a group of young creative people, who share love for Greece and everyone who is interested in this Land and its History. Their ingenious way in approaching Greek Ηistory is what makes it so engaging, bringing specialists and amateurs alike to be fascinated by it! Personally, I feel that the collaboration with Greek TravelTellers is a captivating journey through time, back to the cradle of anthropocentric civilisation." 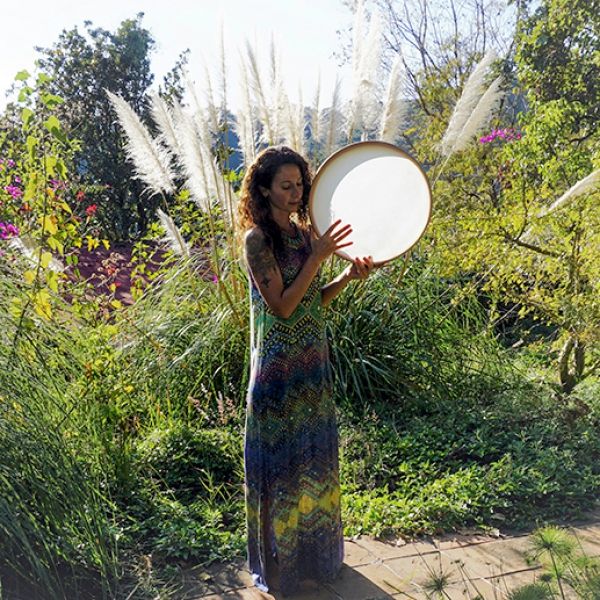 Poliana's work focuses on ritual healing arts and world cultural immersions. Her passion is to share the precious knowledge gained through her world travels with other people, delving deep into the wisdom of ancient traditions. For ancient Greeks, a way to heal and awaken the human psyche was to meditate in nature's power places and temples. Poliana creates a safe space and guides you through that deep, uplifting experience in order for you to evoke your Memory and reconnect to your true self and potential.

"I find the experience Greek TravelTellers offer unique and unpretentious. Taking people into an amazing experiential journey through time and space, as if they were real citizens of ancient Greece. Storytelling, since the beginning of time, has been the most efficient way to educate children and adults. This, in combination with the intelligent and creative tour designs offers a one of a kind experience!" 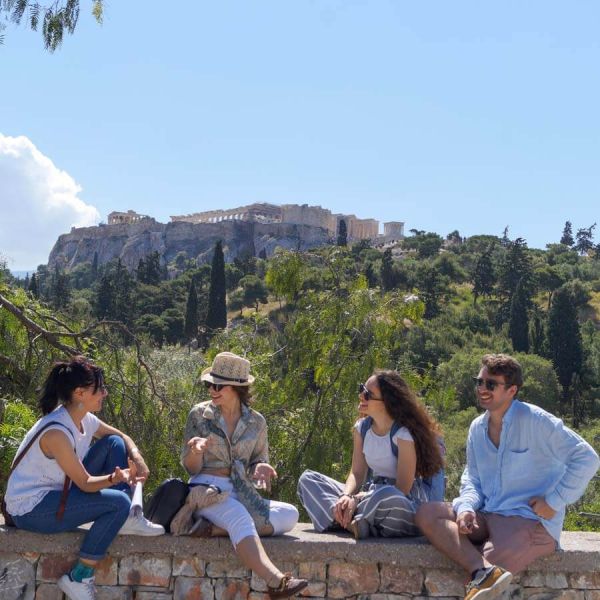 Vicky is a licensed guide, with her primary studies being in Archaeology and her postgraduate studies in Cultural Anthropology. She is currently doing her PhD. To break it down, she is a storyteller, soon to be Dr. Storyteller! As an archaeologist, she recreates stories and as an anthropologist, she delivers them. She loves unravelling the mysteries of the past and interpreting the stories of the present. What she considers the best aspect of job and studies to be, is communicating what she has learnt through her endeavours.

"Stories are important, we need them! The truth is, we need them so much that our brains create stories even when we sleep. Greek TravelTellers get it. They are a group of passionate, young, creative people, inviting you to create your own unique experience. To me they are an opportunity to evolve as a storyteller in a compelling environment, do something new and refreshing, to create my own stories. You are welcome to join us!" 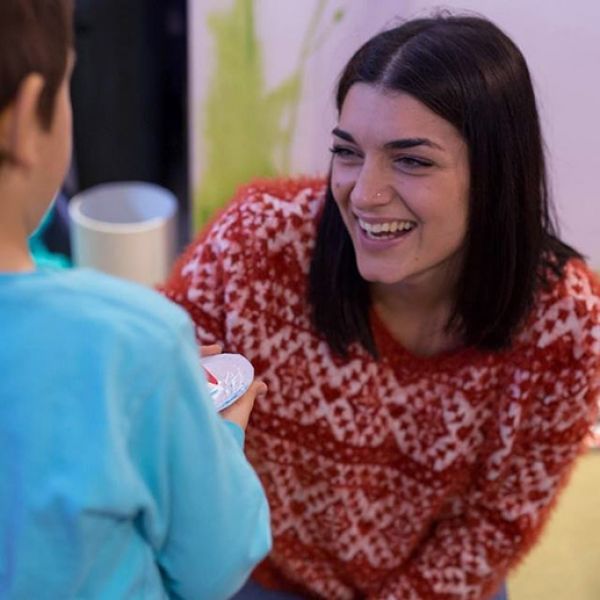 Eleni is an enthusiastic and very energetic young professional, whose academic background and professional experience focus on children education. She specializes in Creative Occupation for children of different ages and has an extensive experience in creating, producing and executing theatrical plays and themed events for children. She also has experience as an amateur actress and participates in local theatrical events and performances. Greek TravelTellers provide her with a fertile ground to share her love and passion for the rich history and the fascinating myths of Greece!

"My love for the Classics and my fascination with Greek Mythology and Ancient History make me want to share my passion and knowledge with the visitors of our country in an entertaining and interactive way that is made possible by Greek TravelTellers. I am looking forward to seeing you all out there!!!"

The making of Greek TravelTellers